Hydro-Flux bring a revolutionary swimming pool lighting system to market thanks to support from AD:VENTURE and BEF. 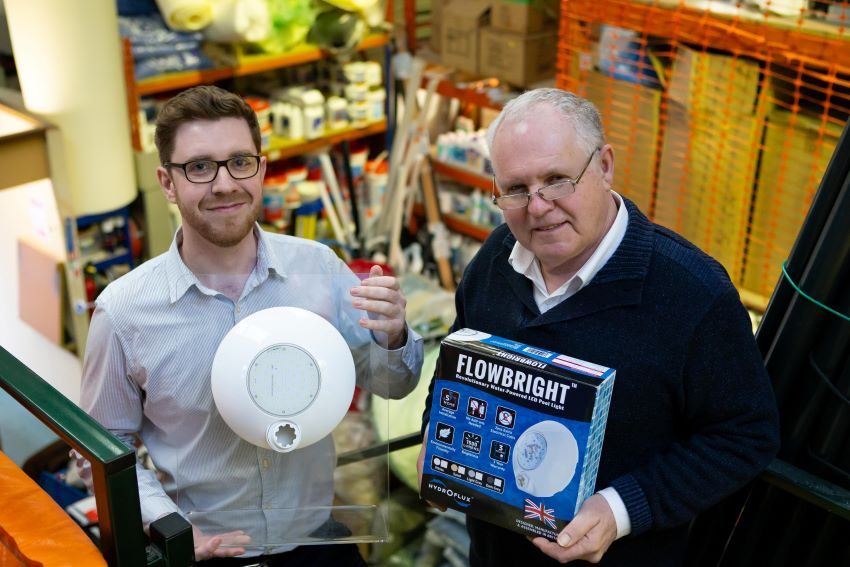 Launched in October 2017, Hydro-Flux is a manufacturing company based in Batley, West Yorkshire, that develops innovations for swimming pool installation and maintenance. This includes FlowBright, a revolutionary swimming pool lighting system that it developed following extensive research and development.

Working from his kitchen table, founding director Michael Burnham initially struggled with how to take the theory for an innovation, that could change the way that swimming pool lighting systems were installed across the world, and put it into practice.

Less than eighteen months later, the company has established a brand and product that is now attracting global attention and the team is also showcasing future concepts that are joining a growing product portfolio.

Hydro-Flux wanted to develop a range of products that would meet with the challenges faced by swimming pool trade installers. Having recognised a gap in the market, the company had a product idea but was struggling to raise the funds that would help to take it from kitchen table to order books, creating a credible organisation.

The tools required to manufacture the tools that would be used to create the product were expensive, and this was creating a barrier to the success of the business and its progression. Without support it simply could not get off the ground.

Searching on Google for business support, Hydro-Flux came across AD:VENTURE and called to learn more about what the programme could offer a start-up and young companies across the Leeds City Region.

Michael recognised that he needed a ‘critical friend’ that would provide him with some guidance and point him in the right direction, so that he could access as much support as possible during the initial launch phase of his business.

Michael was introduced to dedicated AD:VENTURE Business Advisor, Paul Tansey. Working together, they focused on creating a business plan, putting in place the processes and procedures that the company would need. They also considered how to develop a product prototype that would then allow it to scale quickly.

As a result of this work, which set strong foundations, along with achievable but ambitious forecasts for the future, the company was able to access a match-funded grant from the programme and funding from BEF.

Michael comments: “I was scouring the internet for any kind of business help that was available and came across AD:VENTURE. There seemed no harm in sending an email and before long we had arranged a call and I was soon put in contact with Paul, who has been a massive support for our business.

“It took a while to get through the paperwork and to consider everything you need to put into a comprehensive and useful business plan but once that was in place, I could look at things differently and had a clear focus for the future.

“We were also able to access grant funding and recognised the massive benefits this could have for our organisation, taking us from kitchen table to credible business with a revolutionary product to share with a global audience.”

Hydro-Flux received a match-funded grant of almost £20,000 which was used to convert a warehouse into offices, with all the fixtures, fittings and furniture required. Furthermore, remaining budgets were invested in the tool that was required for the business to create a working prototype that would then lead to the manufacture of its first product, FlowBright. Hydro-Flux also received start-up and growth funding worth £80,000 from BEF, an AD:VENTURE funding partner.

Having only just returned from two conferences; International Pool, Spa and Patio Expo in Las Vegas and Piscine Global, the Swimming Pool and Wellness Show in France, the company is celebrating after securing its first two distributors.

Demonstrating the electrical generation system, that illuminates a pool without the need for complex installations, expensive additional equipment or electrical costs, the company is attracting huge interest from contacts across the world.

Director at Hydro-Flux, Michael Burnham, comments: “The response to the product has been really positive. We expected interest in the innovation but certainly not to sign two distributor agreements there and then!

“This experience has given us further confidence and reassurance in the potential that our business has moving forward. There really is nothing like the FlowBright on the market and as we have taken the time and effort to patent the technology, we know we have a real niche that we now need to capitalise upon.”

Engaging with global distributors the business owners were also able to explain the environmental benefits of the product, as it is among the most environmentally friendly lights on the market, contributing zero carbon emissions during its operational lifetime. As a result, in addition to the two agreements signed, Hydro-Flux now has partnership opportunities with organisations in Dubai, British Columbia, Romania and Turkey to consider.

Michael comments: “Without AD:VENTURE there is no way we could have put our idea into practice. Not only did we need some guidance and governance to make sure we were following the necessary processes, but we were also finding it difficult to raise the funds, as the equipment and tooling isn’t cheap.

“Securing the grant made all of the difference and we went from kitchen table to furnished offices almost overnight. It was great. Not only was the environment different but we were also able to approach the business with a different mindset.

“I would definitely recommend that other businesses access the support offered by AD:VENTURE. It takes time and you need to commit to putting in the hours as it is a meticulous process, but it gives you the chance to think about the questions you haven’t considered. My experience has been great, and I am still accessing support from the programme as we consider our next steps.”

Looking for finance to grow your manufacturing business? We deliver flexible growth loans and short term loans to support your needs.

The original version of this case study first appeared on the AD:VENTURE website. 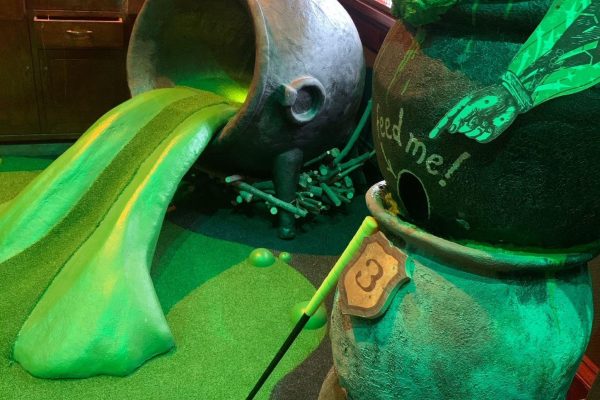 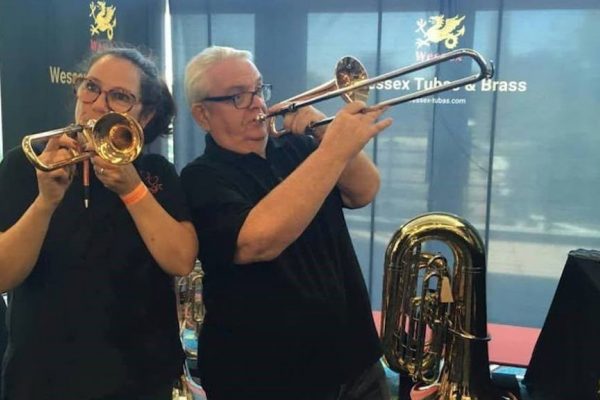 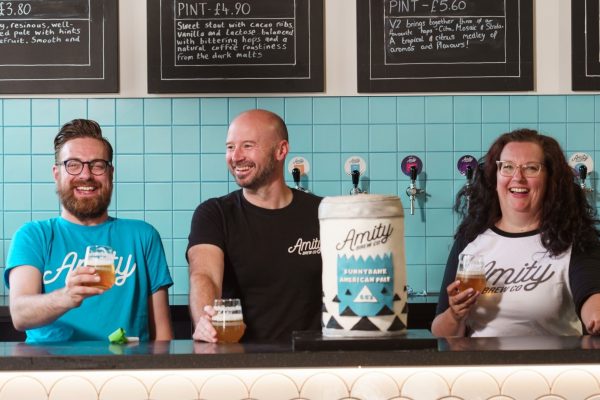